Key West favorite Kim Gordon returns to the Key West Theater on January 18 with a brand-new cabaret that weaves beloved Broadway tunes and favorite standards with fresh, fun cabaret numbers. Kim Gordon: Music With Heart shakes things up with a unique musical mix that’s funny, romantic, swinging and sexy. Proceeds from this rare solo concert and the champagne and dessert After Party benefit the Cancer Foundation of the Florida Keys to provide help right here in our community.

Kim Gordon: Music With Heart is a sharp New York-style cabaret with a band that really cooks. Grammy-nominee Tim Mayer on sax, leader of the Paradise Big Band, Joe Dallas on bass, Hal Howland who is unsurpassed on drums, and masterful pianist Ann McFarland bring their own exceptional talents to the stage.

Gordon, who has a three-octave range, reaches back to a 1930s tune one moment and then forward again to a beautiful avant-garde piece, bouncing from Kander and Ebb, Lerner and Loewe, Stephen Sondheim and Jerry Herman to Michel Legrand and Jason Robert Brown. With a pure, bell-like voice and theatrical gravitas Gordon makes every song tell a story – some deep and moving, others lighthearted or sultry – and makes a strong interpersonal connection with her audience.

Proceeds benefit the Cancer Foundation of the Florida Keys, which helps local patients pay their living expenses while undergoing treatment. This is the third concert Gordon has produced to benefit the Cancer Foundation, but the first under the banner of Music With Heart Inc., the new nonprofit organization she has founded to raise funds through music and the arts to help people in need in the Florida Keys. Gordon has raised approximately $500,000 to date for local nonprofits, more than half through concert performances, which has earned her a Lifetime Achievement award and Unsung Hero award among others. 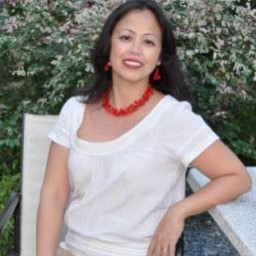 The Cancer Foundation of the Florida Keys

Welcome to our website. We provide education and support for persons affected by cancer. “What We Raise…Stays!”
HomeAboutAssistanceBlogContact
Privacy PolicyTerms & Conditions
© Copyright 2017 - CancerFFK.org - All Rights Reserved.
Registration#: CH16443

"A COPY OF THIS OFFICIAL REGISTRATION AND FINANCIAL INFORMATION MAY BE OBTAINED FORM THE DIVISION OF CONSUMER SERVICES BY CALLING TOLL-FREE (800-435-7352) WITHIN THE STATE. REGISTRATION DOES NOT IMPLY ENDORSEMENT, APPROVAL, OR RECOMMENDATION BY THE STATE."